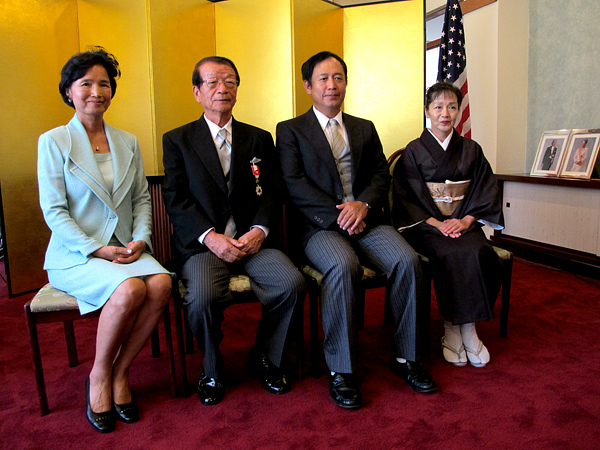 Dr. Lee-Jay Cho, Chairman of the NEAEF, was awarded the Order of the Rising Sun, Gold Rays with Rosette "for his contribution to the enhancement of economic relations between Asian countries, including Japan, and the United States and the promotion of research exchange in the field of demography." The award was presented during a ceremony on July 16, 2013 at the Japanese Consulate in Hawaii. The Order is Japan's first national decoration, originally established by the Emperor Meiji in 1875.